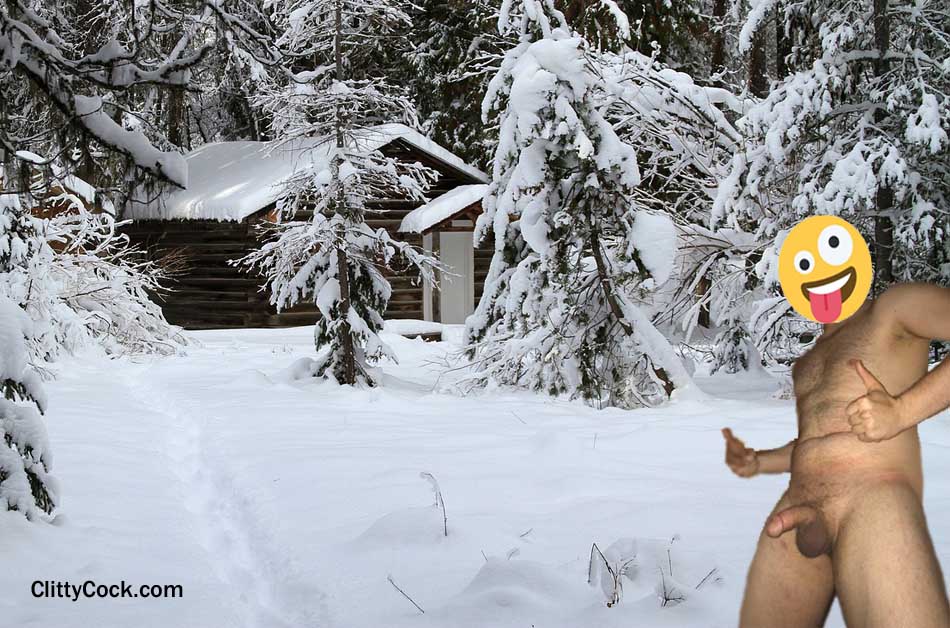 As a guy that is not hung whatsoever, I always try to hide my flaccid penis from women. The erection is nothing be get pumped about (not even 5in) but when it’s limp we’re talking practically non-existent.

My most recent ex-girlfriend and I had dated for quite some time. Things were going fairly well considering and we planned a small trip to a cabin. Obviously a trip like that is probably gonna result in sex and for a guy with a small cock – I was more than ready!

From cabin fun to flashing my flaccid

She had seen my dick at this stage in the relationship numerous times but always when it was rock hard.  That was already humiliating enough so the last thing I wanted was for her to see the micro limp noodle I had hiding away in my undies.

We were having fun, everything seemed to be going fine but then it ended up getting really cold overnight. Fast-forward to the next morning and it was freezing up in that cabin something fierce!

Worst time ever but I woke up having to use the bathroom like crazy. I knew I was gonna have to brave the cold and leaving the warmth of the bed was going to suck major. To try to buffer it, I decided to just hop up quick and dart to the bathroom while my then girlfriend was still in bed.

She spots the micro limp cocklette

Well that didn’t work out so well because she ended up spotting me as I was outside of the covers. There I was, standing there naked with my full on flaccid out in the open and she was staring right at it.

All hope that I could scurry away before she saw my micropenis  was obliterated the moment I heard her start giggling. She was laughing while looking at my flaccid flunky and then said, “You’re so funny!”

My heart was racing at that moment. Nothing like being caught by surprise with your limpy poking out and no place to hide.

She continued, “I don’t think I’ve ever seen you naked when you weren’t already hard babe!” After that she just laughed, leaving me mortified.

I didn’t know how to respond, so I kinda stood there all stupid just stuttering away. There was no escaping the harsh reality. She had seen my miniature flaccid penis and would never look at me the same again.