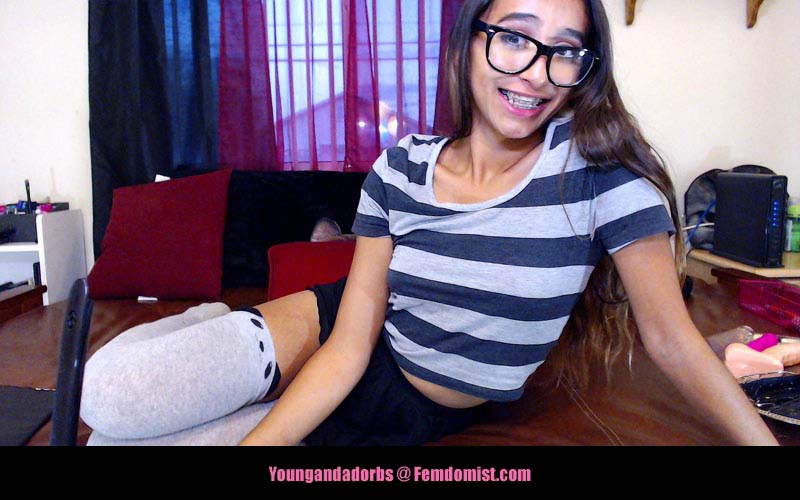 Totes adorbs! Nobody would guess that an adorable chick would get off on dominating dicks but it’s true. All guys are treated equal but humiliating small penises is the most fun.

Guys come across one way when you first see them but once those pants drop, that’s when who he truly is emerges. He can be attractive, funny or have a hot body but if that dick is small; they don’t qualify for manhood.

Dominating dicks for the fun of it

Men with shrimp dicks don’t really deserve any attention at all but I do it for the fun of it. A humiliatrix like me enjoys putting those tiny peters in their places. Last thing women need are more beta boys running around thinking they are actual men.

I like to treat tiny dicks appropriately. In my eyes that means they are gonna take whatever name calling, mocking and humiliation that mistress dishes out.

It also means that depending on the guy they could end up turned into or treated like a sissy. Some of those wieners are just far too small to be in anything other than panties.

Who would guess that such an adorable princess could be such a mean mistress?

14 thoughts on “Adorable chick gets her kicks dominating dicks”