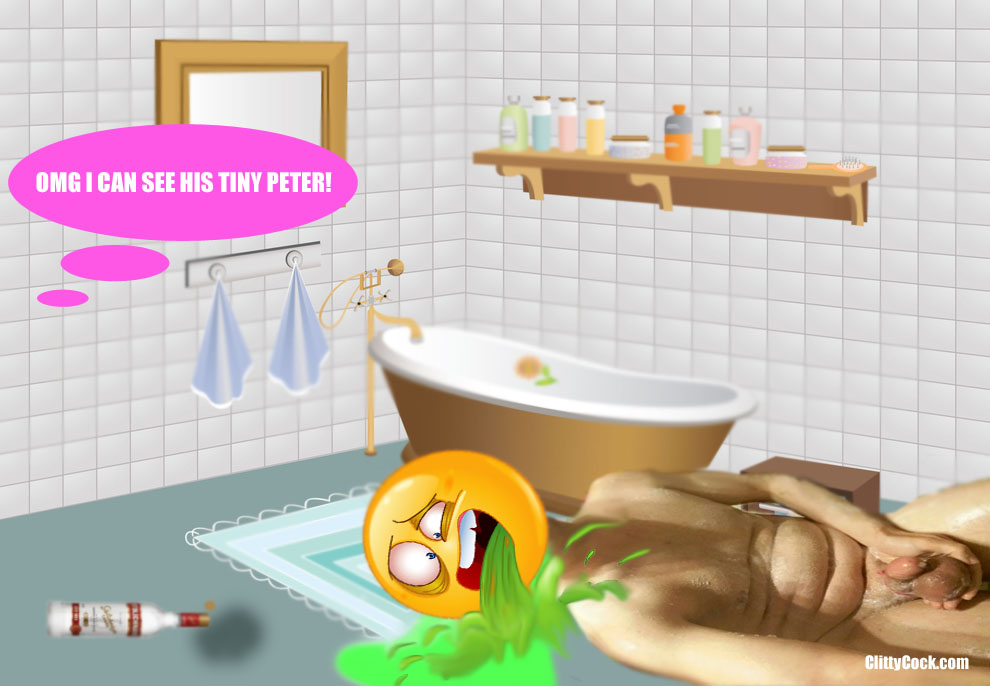 I was just getting over a dumping from my second girlfriend and another girl I worked with who hated my ex invited me over for a pool party in late August. This would become one of the most humiliating moments of my life.

She had a friend who worked with us as well named Felicia who was also going and I had met up with a few times and gotten teased by, she also hated my ex. I didn’t know who all was going but I was shocked when I got there and it was just two girls and a bottle of Stoli Vodka. I was so nervous and excited at the same time but quickly realized no one else was coming and I became super nervous and drank more and more because of it.

I was having a great time in the pool and I think they were planning to give me a three way of a lifetime to spite my ex they hated. It was a chance of a lifetime for me and what I now know as my “penne”.

Felicia kept making me do shot after shot with her and we wrestled in the pool and flirted all night, I was at an all time high!

Around 2am things got blurry for me, I woke up the next morning at home confused and disoriented, I checked my phone and saw a message. It was Felicia, “Hey you probably won’t remember last night but you might be a Little embarrassed,” I scrolled down a bit more and there it was —  “We saw your peter.”

I was mortified and asked questions, I was just hoping I was hard at the time at least or I would go crazy knowing what they saw, not that my erection is big but it’s better than my micro penis when flaccid.

One Mistake Led to Penis Humiliation for Life

She told me her mom drove me home after I collapsed in the bathroom and was throwing up. Apparently I had tried to shower afterward but passed out in the tub with my penne out and the water running.

The door was half open so Felicia found me first and told me she was trying to help but couldn’t stop laughing at me. She may have even taken a picture!

The next day at work my friend was walking around with a tape measure extending it to four inches and smirking at me, holding up breakfast sausages and asking if I thought they looked familiar. I was so horrified but her hot swaying ass and the fact she was friendly while giggling and telling me about my night made me like her more.

Felicia and her friend (the one I worked with) saw the real limp shrimper and I probably had vodka dick, meaning they may have seen my sub 2 inch floppy!

Currently I am engaged to Godddess Jennifer’s butt crack and am doing all I can to make a life where I can shower her butt crack with money and the gifts she deserves. I also apologize to Felicia for blowing the three way they planned, she likely saw she dodged a mini bullet as my micro 4 incher would’ve pinged off her cheeks just like they did her friend ******* later on.

This was a pool party I’ll never forget and my penne never lived down. It feels the sting of that humiliation every single day.

One thought on “Pool Party Penis Humiliation of a Lifetime”