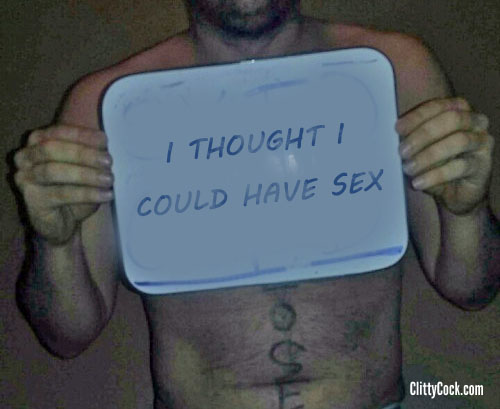 One man’s story about finally getting to have sex only to find out he has an abnormally small dick, suffers from premature ejaculation and ends up cuckolded.

I was so excited and nervous when she brought me to the basement in her cute naughty schoolgirl skirt and was smiling ear to ear. I already told her I’d never had sex before so she knew I had no idea what I was doing. Luckily for me she had fucked quite a few guys already and she seemed delighted that she was going to show me my first time. This was finally my chance to have sex and I was more than ready.

I laid on the bed not knowing what was going to happen or what to do but my peen had already flopped up to full boner status and was bulging out if my shorts as much as it could. I remember she said “looks like your ready to go” and then she grabbed the tip with three fingers and massaged it over shorts. There was no mention of how big it looked or how hot it was, which seemed odd at the time but I was too excited to care.

She thought she was doing foreplay but I was more or less trying not to come from the tiny tugs to my dick. Apparently I not only have an unimpressive dick but now I possibly have premature ejaculation problems.

I think she was expecting it to keep growing more but when she saw it was fully hard and pulsating she flipped around and her amazing bubble butt emerged under her short skirt so I could see her white little thong peeking out at me.

Putting It In? Mission Impossible.

After briefly grinding her and with my eyes already bulging out of my head, she told me to go ahead and put it in! After I pinged around for awhile not being able to find the hole, she reached back and grabbed it to guide it into her pussy palace from behind. That was most likely the moment we both realized that I had a small dick because it was barely making it deep enough into her cheeks to even reach her pussy.

I was so excited and as soon as I felt her pussy begin to engulf my raging inch cock I started thrusting while laying down. She held my legs down and said just relax and then she started bouncing up and down but on the second bounce my load shot out everywhere and I started moaning I was almost shrieking like a girl I was in euphoria. Meanwhile I now realized her unsatisfied pussy was probably longing for more. She was still smiling and massaged my balls until it was all the way emptied and stopped sputtering.

My penne pasta noodle size penis stayed hard and she said she had to give it a name to call it from now on. After some thought she said “I think it will be called “spike” and she gave it a pat on the head.

My Sweet Girlfriend Cuckolded Me

On top of that she sucked a BWC off in a parked car behind my back too. This is just what she admitted to doing, so there was probably more times she cuckolded me. 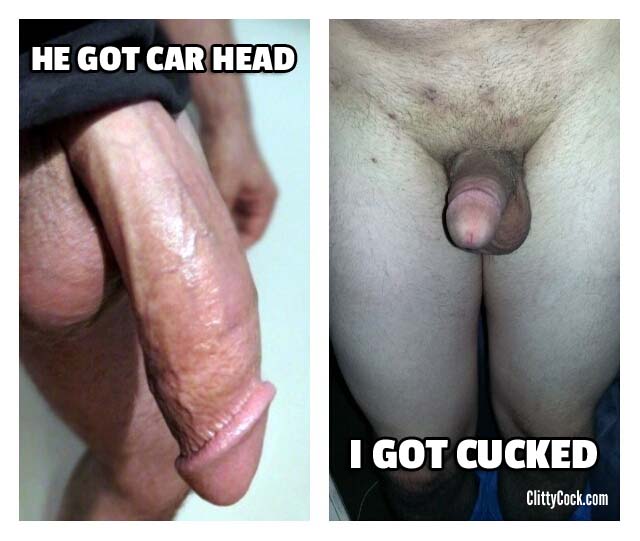 Alyssa I’m so sorry about my little spike!